This is a notable entry from the Justis International Law & Technology Writing Competition 2019 in the category of Access to Justice and Technology, by Rachel Rotimi of the University of Nottingham. Find out more about the competition, the shortlist and winning articles here.

As Lord Thomas stated in his report to the UK parliament, our system of justice has become unaffordable to most[1]. Followed by the legal challenge of UNISON [2], access to justice has become quite topical. The Supreme Court emphasised such access is a core constitutional right that is inherent to the rule of law. Yet, decades after the introduction of legal aid, ordinary people are still struggling to access justice due to legal aid cuts, court closures and increased court fees[3].

While a prevalent issue, many lack a basic understanding of the impact. Technology could be a key enabler in opening up access to justice. This paper seeks to dissect the subject of accessibility and the impact of digital technology in the present and future.

Back to basics: How did we get here?

Access to justice has been a longstanding issue. The system of legal aid was first established under the Legal Advice and Assistance Act of 1949 [4], which acknowledged that equality of access and the right to representation was fundamental to society. Followed by the Access to Justice Act 1999 [5], which aimed to remould the system of funding and regulation of legal aid. The scheme has evolved significantly since its conception.

2009 marked 60 years since the ‘birth’ of legal aid in the UK followed by cases such as Duncan [6], where the Divisional Court recognised access to justice as a common law right would suggest progression. Yet in 2011 ‘85% of individual defendants in County Court cases and 52% of High Court cases were [still] unrepresented‘[7].

There’s nothing like the present: Where are we now?

The controversial cuts of 2013 saw the Legal Aid, Sentencing and Punishment of Offenders Act [8] come into effect, which sought to cut the annual legal aid bill in England and Wales by £350m a year[9]. An example of its impact would be divorce proceedings – once one of the highest used areas of legal aid, now completely barred under the 2012 act.

As a result, this system has been highly scrutinised. Wilson noted the UK’s lower courts were full of litigants forced to represent themselves, often “very ineptly”. Able advocates still regularly appeared, “but, particularly when they are asserting human rights against a public authority, they nobly appear pro bono, or for a small fee under the attenuated legal aid scheme; and it constantly offends me that it should be necessary for them to do so” [10].

This dictum was supported by Lord Reed in UNISON, stating that despite ‘the right of access to justice…[having] long been deeply embedded in our constitutional law’ [11], the UK’s inability to embrace change is ‘progressively eroding access to justice for ordinary people’[12].

The heart wants what it wants: What can the future look like?

In May 1999 the Law Reform Committee of the Victorian Parliament published its pioneering report on technology and the law. The Committee considered the future of the justice system and the use of technology in courts. They found that “the rapid developments in technology offer the opportunity to transform the justice system into an accessible, inexpensive, transparent and efficient system, which is responsive to the needs of the community.[13]”

Despite countless pushes for reform, it is ironic that as a superpower we have yet to seize this ‘opportunity’. Out-dated technologies are keeping our justice system wedded to the past. Our system has failed to effectively utilise the world’s developing technological innovations. While the Netherlands, Canada and the United States are using new technologies to great effect, Britain is lagging behind. The Dutch Rechtwijzer[14], or ‘signpost to justice’, displays an Internet revolution in legal advice and online dispute resolution, funded and packaged by the Dutch Legal Aid. The recent adoption of mobile and web-based apps is already changing the ways that Canadians interact with the legal system[15]. In the US, Wiggins observes that the use of new forms of technology within courtrooms has ‘fundamentally changed the administration of justice, and has revolutionised judicial practices’[16]. It is important that as a nation we recognise the need to act.

In the tsunami of cuts, technology provides a safe haven from which we can rebuild acceptable levels of assistance. Technology provides the opportunity to reduce the costs of training and education on entrance to the legal profession and for those currently advising. As observed in 1999, we must not forget that the efficient use of technology is not contingent on what technology itself can succeed but rather perception and cultural issues. This was confirmed in Lubemba[17], over a decade later, where the court observed that ‘if justice is to be done to the vulnerable witness and also to the accused, a radical departure from the traditional style of advocacy will be necessary.’ Therefore, considerations of digitising small claims courts and virtual legal practice must occur. Otherwise, as Walker stresses, ‘if we can no longer deliver access to justice of which we can be proud of…then our justice and rule of law are at risk’[18].

It is imperative that action is taken. While case law highlighting the positive impact of technological innovation on the accessibility of our justice system is limited, we must appreciate technological change as a benefit rather than something to fear. It is important to take into consideration the extensive work the independent Law Commission, the Law Society and the Legal Aid Practitioners Group have done to cultivate policies that will create an everlasting effect.

Referring to Thomas’ earlier statement, many academics, including Sadek, recognise that ‘legal aid’ under the blanket of access to justice ’gives a voice to the unheard and light to those overlooked. Without legal aid the marginalised are kept in the shadows. They cannot be seen and they cannot be heard’[19].

There must be minimum securities to which every civilian is allowed when enforcing their accessibility – otherwise they are worthless.

Rachel is currently studying an LLB at the University of Nottingham. While an aspiring barrister, she still holds dear her love for literature, both the reading and writing of it. She looks forward to creating other literary pieces.

[3] The Law Society, ‘Access to Justice – Making the Legal System Accessible to All’ 1

[8] The Legal Aid, Sentencing and Punishment of Offenders Act 2012

[10]Lord Wilson and The Supreme, ‘Our Human Rights : A Joint Effort ?’ The Howard J . Trienens Lecture, The Law School , Northwestern University , Chicago, Justice of The Supreme Court of the United Kingdom’ [2018] 11

[14] Roger Smith and Alan Paterson, ‘Face to Face Legal Services and Their Alternatives: Global Lessons from the Digital Revolution’ [2013] 63.

[16] E.C. Wiggins, ’The courtroom of the future is here: Introduction to emerging technologies in the legal system’ [2006] 28 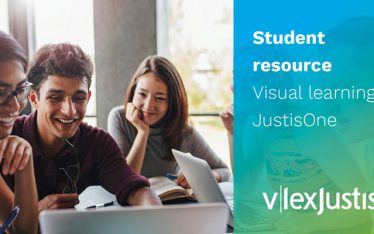 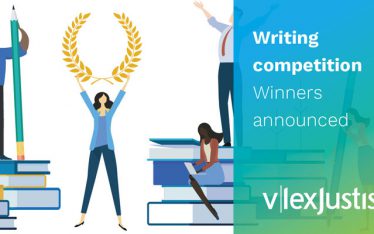 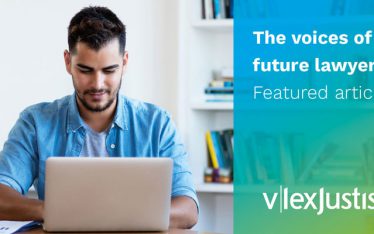 When internet law goes wrong
In a series of articles from aspiring future lawyers, a contributing author to vLex Justis, Jessica Derwent, explores the flaws with the FOSTA-SESTA legislation in the US. Their discussion focusses...
118 LikesLeave a comment