Inside the LegalTech London meetup

On May 24th, we hosted a LegalTech London meetup at the Justis HQ, in conjunction with Ruby Datum.

The event began with a presentation by Emily Allbon of City Law School entitled: Beyond text: Exploiting the visual in law. Her presentation offered some fascinating insights into legal design, focusing on her project which is exploring how visual methods can be used to make complex legal documents more accessible and understandable to the lay-person. Read more about an upcoming collaborative event between Emily and Justis here.

This presentation was followed by an incredibly engaging panel session, which was chaired by Richard Tromans (Tromans Consulting, Artificial Lawyer), and featured Mary Bonsor (F-LEX), Alex Hum (LLM candidate at London School of Economics), Holger Aman (BPP University) and Thomas Cahn (Eigen Technologies). The panellists explored the themes around one central topic: The Next Generation of Lawyers and Legal Technology. This article revisits some of the many interesting points raised throughout the evening.

The panel discussion began by addressing if younger lawyers are more accepting of, and better understand legal technology.

Overall the panel agreed that young lawyers were more likely to be comfortable with technology than their more experienced counterparts, with Holger Aman disclosing that from his experience there is always a range of ability when it comes to students and technology, from those highly capable of using sophisticated tools with little apparent effort, through to those who require greater assistance. Ultimately it is often the case that individual aptitude determining their comfort with using legal technology.

Will greater knowledge of legal technology help your career?

The conversation then developed to discuss the role of universities and how they could, or should, be preparing their students for a future where technology is a necessity for a legal career.

Alex Hum, the only current student on the panel, suggested that while students will need to use specific tools to complete tasks, it is important not to focus too much on teaching legal technology, as it is essential that law students develop their knowledge of the law first.

Thomas Cahn suggested that it may be more appropriate for law schools to foster a sense of adaptability in their students. With legal careers potentially lasting over 40 years, there is no way to know where technology might go in that time, or how it may shape the industry, and so any teaching of specific tools now will have a limited lifespan; by promoting adaptability, they would give their students the best opportunity to meet any technological changes in the industry head-on.

Mary Bonsor added that the forthcoming two-part Solicitors Qualifying Examination could open up the profession in a number of ways. Firstly, it will give students an opportunity to demonstrate a balance between their knowledge of the law and their legal technology skills. Secondly, it also works to make the profession itself more accessible, by providing a more affordable route into the profession. However, the reaction of the legal profession to this qualification remains to be seen.

Holger also discussed the legal innovation and design module that BPP University Law School will begin offering from September 2018, and the complexities of putting such a module together. One factor, which is strongly considered, is what law firms say that they want – this is a mix of more traditional skills at some firms, and more of a focus on developing a working knowledge of a range of legal technology tools at others, emphasising a need to focus on flexibility.

Will greater knowledge of legal technology make the life of a junior lawyer easier?

This question presented by the panel chair was positioned next to the example of repetitive tasks that junior lawyers are asked to do. For example, marking up of contracts with highlighters does aid their learning, but often tends to be vastly overdone. Therefore, will technology help or hinder this learning process?

Mary agreed that manual work has a value in encouraging a greater understanding of a topic while using technology from day-one might get to the same practical result, but without developing that same valued understanding.

Thomas brought our attention to the scenario that if technology allows for monotonous work to be done more efficiently, and when some firms adopt it, they will then face the challenge of training their juniors when this work is not available as a learning exercise. He went on to suggest that it’s not inconceivable for the entire knowledge base of a firm to be based on software in the longer-term future and that this may change the training that junior lawyers need. This would change the balance between legal skills and proficiency with technology, while also making human skills increasingly important. This led to some debate with the audience in attendance!

Holger agreed that human skills could become increasingly important, and things like project management may be sought after, although highlighted the difficulties in teaching skills like emotional intelligence.

What would it take to see legal technology fully embraced by the legal industry?

In response to this question from the audience, Mary suggested that ultimately there needs to be a cultural shift and that if it were to happen, then it needs senior partners and other key decision makers at larger firms to recognise the potential it offers and how they can use that to their advantage.

Thomas made the point that when it comes to adopting technology, investment banks are far ahead of law firms in making the most of opportunities on offer. He suggested that this is down to a history of disruption in the investment banking sector over the course of decades, from obviously advantageous technological developments through to adapting to changing regulatory frameworks, which is something that the legal industry has not had.

Have hiring assumptions changed with the development of legal technology?

Alex has the perception, from his position as a student, that hiring assumptions have changed. As law firms require an increasing range of skills as legal technology continues to develop, law firms will be increasingly open to people from non-traditional backgrounds, although he anticipates that the current trend for Computer Science backgrounds will die off.

Holger agreed with this and speculated that of those non-traditional backgrounds students with a grounding in statistics might be at an advantage. The largest change he sees happening regarding hiring assumptions is that firms would start to look for people that will enhance them, not just people that they can train to a certain standard.

Mary tackled the first half of the question and said that anyone who starts a training contact is probably dreaming of being a partner, but that it is increasingly a distant dream. With it being increasingly likely that those on training contracts might start to move for opportunities throughout their career rather than stay with a single firm, she wondered if that more fluid approach might subvert the traditional pyramid model that firms adopt.

Richard, the chair of the panel, interjected to add that many people end up leaving law firms and stop practising law because they feel stuck in a particular position or role.

Alex admitted that he aspires to be a partner, but that a number of his peers do not see themselves as being lawyers for their entire professional career. Thomas added that the most flexible people he knows tended to have left firms by they were 29 or 30 to begin careers elsewhere, often still within the legal industry, but where there was more of an identifiable opportunity for exciting, adaptable job roles.

He continued that when people do leave relatively early in their careers, law firms should make an effort to maintain an ongoing relationship with them, and seek to invite them back in the future where both parties would be at an advantage due to the expertise that they have acquired elsewhere.

If technology is a tool, will it reduce the cost of access to legal representation for the client?

Alex responded by suggesting that technological solutions have a significant role to play in the future of legal practice and that clients would be the ultimate beneficiary of this.

Thomas offered an example of how insurance sales had been wholly transformed by the internet. Rather than interacting with a sales-person the customer now fills an online form out, and self-selects from a range of options which are presented to them, around whatever criteria they prefer. He suggested that, theoretically, any non-complicated area of law could adopt a similar approach, and that this would reduce associated costs.

Holger addressed a wider industry point and suggested that while clients would ultimately benefit as legal technologies are increasingly adopted by larger law firms, it could lead to issues for high-street law firms.

Mary’s perspective was somewhat different, and she highlighted that while client costs would reduce because of technology, there will be a limit to how much they would reduce as law firms will always need skilled, trained people – technology undoubtedly helps and will continue to offer more opportunities, but people are irreplaceable.

Who is driving the change towards adopting more legal technology?

Thomas highlighted that the change is sometimes tricky because of the tension between the will of partners and the availability of budgets. Where it is most successfully adopted, there tends to be someone in a senior position who champions it or makes a decision to back members of their firm who do. He added that while it may seem obvious to adopt technology in isolation, lawyers can be incredibly resistant to change and alteration of their established practice.

Richard offered that fundamentally it is something that could come to be driven by clients, specifically when considering what they will pay for, and how much they see as a reasonable amount to pay for it.

Where do we go next?

The next generation of legal professionals are starting to be prepared with the skills necessary to make the most of legal technology by universities, and those who show aptitude with these skills are beginning to be more sought after by law firms.

As an increasing number of legal professionals are developing an aptitude for technology, the potential exists for firms to change their working practices through increasingly adopting legal technology. However, these changes need to be driven from the top-down. Champions within organisations are ideal for creating awareness, but for firms to fully adopt legal technology partners and senior managers need to have an active involvement in its adoption. These changes are what will ultimately influence the skills and knowledge needed by both the current and next generation of legal professionals. 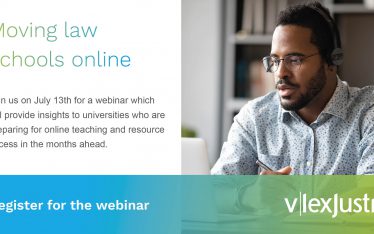 Online event: Is fall 2020 just the beginning? Moving law schools online
Legal educators and law librarians rose to the challenge as COVID-19 caused the dramatic shift mid-semester to remote teaching in spring 2020. As many law schools have already announced an...
4 LikesLeave a comment

Drawing the fine-print line
This is a notable entry from the Justis International Law & Technology Writing Competition 2020 in the category of Social media, data and privacy, by Kirsee Ali of Hugh Wooding...
7 LikesLeave a comment

Let justice be done though the overheads fall
This is the Best in Category article from the Justis International Law & Technology Writing Competition 2020 in the category of Access to justice and technology, by Armin Amirsolimani of...
22 LikesLeave a comment