This is a notable entry from the Justis International Law & Technology Writing Competition 2019 in the category of Access to Justice and Technology, by Viktoria Winzer of the University of Oxford. Find out more about the competition, the shortlist and winning articles here.

In 1913, Henry Ford opened up the doors to the world of mass production with the widespread use of the conveyor belt. Since then, humans have become experts in streamlining complicated processes to maximise efficiency and yet, in 2018, this knowledge has not been sufficiently applied to the law. Unsurprisingly, the Competition and Markets Authority concluded that “the legal sector is not working well for individual consumers and small businesses”[1]. Legal remedies remain inaccessible to a vast portion of the public and so access to justice is still nothing but a myth in the 21st century.

Inaccessibility of justice can be traced back to three primary reasons: information, time and cost. Legal information is either not available at all or only in a highly complex form. In many jurisdictions – such as Germany and England – case law cannot be accessed online for free. Hence, citizens are often unaware of their rights and duties under the law. Furthermore, the time-consuming nature of legal processes is hugely dissuasive. By March 2018 the “[a]verage time taken for small claims…increased to 33.0 weeks and for multi and fast track claims to 56.7 weeks” in England and Wales[2]. Finally, it is hardly worth reiterating the expense involved in taking a case to trial: attorney fees, court filing and processing fees, costs for expert witnesses and gathering evidence. Even if a case does not go to trial competent legal advice is extremely costly, ranging anywhere between £111 and £409 per hour[3]. Many day-to-day undertakings bare legal consequences but few people can afford legal advice when they need it.

The solution to these problems must be sought in the streamlining of processes with the help of technology. Like Ford’s conveyor belts, the application of the law needs to reduce cost, time and complexity by standardizing mundane processes. One way to achieve this aim is through the use of legal chatbots, such as DoNotPay. The app initially appealed parking tickets: quickly, efficiently, for free and without the help of a lawyer. In the first 21 months of its existence, it was used to appeal 250,000 cases, of which it won 160,000[4]. More recently, victims of the Equifax breach were able to use the app to sue[5]. Nowadays, the app fulfils a variety of functions, including appealing “unfair bank, credit card and overdraft fees”, earning “refunds from Uber and Lyft”, applying “for a United States B2 Tourist Visa extension or Family Based Green Card” and many more, as can be seen from its App store page. Other ‘robot lawyers’ have also been created, all of which have their own specialities[6]. For instance, LISA can help draft non-disclosure agreements and leases. ROSS assists law firms in sorting through large quantities of documents and sending alerts about new cases. Billy Bot will help you decide whether you need legal help and, if so, will assist you in finding the right barrister or mediator.

The benefits of a legal chatbot are self-evident. It is easy to understand and user friendly, both of which cannot be said of the law. Furthermore, an infinite number of individuals can use it simultaneously. By contrast, a lawyer can only ever talk to one client at a time and in such consultations language barriers may cause problems. A bot, on the other hand, can be easily translated and so be hugely beneficial in an increasingly international society. Bots can help pre-package cases before they are given to a lawyer or, where all that is required is the filling out of a form, can replace lawyers entirely. This creates a highly efficient pipeline at minimal cost.

DoNotPay demonstrates technology’s ability to increase access to justice. Yet, while the app may be an important stepping-stone it is far from the finish line. In recent years, breakthroughs have been achieved in natural language processing (NLP)[7]. Researchers are seeking to enable us to communicate in ordinary language with computer programs. Already, one can observe the fruits of this research. Apple’s ‘siri’ and Amazon’s ‘Alexa’ are but two examples. This technology can be used – and is already used by some programs such as ROSS[8] – very effectively in the legal field. At the current rate of technological advancement, chatbots will be able to have conversations with clients and gather important preliminary information for lawyers, thereby saving time. Additionally, advancements in NLP will enable chatbots to draft tailored, non-standard contracts and documents.

However, chatbots bare their own risk of dependency and should therefore function in tandem with other methods. Whilst nowadays individuals rely on their lawyer, they may eventually rely on their robot lawyer, signing contracts and engaging in legal processes, which they do not understand. Hence, through the use of chatbots alone citizens will not be more aware of their legal rights and duties than they are today. The Internet can and should be used by governments much more than is currently the case to make available important information in a comprehensible and free manner, including the corresponding narrative, so that citizens can make sense of it. Only recently a German state voted in a referendum held in October 2018 in favour of a constitutional change that future laws would be published online and not exclusively in print[9]. Clearly the law has fallen far behind in terms of its Internet usage, if its takes a 2018 referendum to effect such a change.

Over a hundred of years after Henry Ford revolutionized mass production, we live in a society that has been able to apply this principle to almost any type of product. However, in regards to justice and the law we are only now experiencing the beginning of law as a public good with the rise of new technologies. Yet as we continue to develop more intelligent AI we must eventually confront the question: how far are we willing to go in placing our notion of justice into robot hands?

Viktoria Winzer is a third year law student at Christ Church, University of Oxford. She is currently on her year abroad in Paris studying French law at l’Université Panthéon-Assas (Paris II). During her time at university she has taken part in a number of mooting competitions and been President of the Christ Church law society. 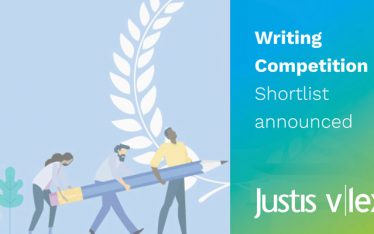 Five tips for reading a judgment effectively
For law students and practitioners alike, reading a judgment is nothing new. It is a practice that becomes ingrained in you from the moment you step into the world of...
45 LikesLeave a comment

How to understand and use citations
It can be easy to overlook the value of citations, especially as a student. However, if understood properly, that little line of code will help you locate a case quickly,...
43 LikesLeave a comment