Tales From the Conference Circuit – AUSTRALIAN LAW LIBRARIAN Vol. 25 No. 1 2017

When I was at the local train station early one morning with a suitcase, the guard asked me where I was going. I said I was going to a law library conference – I was headed to Melbourne for ALLA 2016. With a sympathetic smile he said: “sorry mate” and I thought: “you have no idea, my friend!”
I have been involved in legal information services with Justis for over 30 years, and in that time I’ve attended over 35 conferences in the UK, Australia, Canada, the U.S., and – yes – the Caribbean. These conferences have always been the highlights of the year, and we have always been received with warmth and support – by the organisers and delegates. For some time Justis was the only exhibitor/ sponsor from outside Australia, and everyone showed their appreciation for our efforts. I have personally made some wonderful friends at these
conferences, and we have stayed in touch even after they have retired or left the profession.
One of the areas I have been asked to comment on is how the conference circuit has changed over the years. Well, I can unequivocally say that the characteristics of the participants haven’t changed. The culture, focus and priorities vary from country to country, but many of those we have met share common characteristics; they are fun, demanding but reasonable, and determined to improve the industry. I may be biased, but I can’t imagine anyone having a better group of clients and associates than I have had in that time.
The conference programs have changed dramatically over the years to reflect the changes in the industry. The topics discussed both formally and during social gatherings, have always pointed to the wishes, concerns and aspirations in the group. Ten or fifteen years ago it was transition from print to digital, knowledge management and how to deal with loose-leaf updates. Now its social media, infographics and how to deal with looseleaf updates! The pace of change has increased hugely in recent years, and that makes all our jobs exciting and demanding in equal measures.
The nature of businesses and their products in the exhibition sections have also changed. We see less and less hard copies, and more and more digital. Until recently, the majority of the exhibitors were information providers, with a handful of book binding or furniture exhibitors. Now, we are seeing an increasing number of technology companies promoting their tools and services. Interestingly we see some of them in all major library conferences, which points to the common requirements and interests amongst information specialists and librarians regardless of where they are.

Unfortunately, in recent years we have seen a reduction in the number of delegates and exhibitors. Law libraries are under budgetary pressure, some organisations have stopped sending representatives to conferences, the reduction in attendees have resulted in fewer companies exhibiting and sponsoring, and so the knock-on effect continues.
At the same time, the cost of hosting and running such conferences is increasing; finding interesting venues in convenient locations at reasonable prices is an unenviable task. Changing the conference to a biannual event will hopefully mean that there is a long term future for this gathering, and that at some point we can go back to the annual cycle.
One of the characteristics that I used earlier to describe law librarians was fun. That is genuinely the case, and we have experienced it first-hand at dinners, receptions, and of course at Justis parties. And speaking of Justis parties – it all started in Darwin in 2009.
We had noticed that in previous years there was one night with no official dinner or reception, and we decided to invite some of the delegates and friends to a BBQ party. Despite the peculiar notion of people from England hosting a BBQ party in Australia, the night went very well and a new event was born.
Every year since, we have hosted the Justis party. Taking place on the night before the conference starts, it is often the first opportunity for everyone
to see familiar faces and catch up. While organising the event from thousands of miles away has presented its own challenges, we’ve persevered and had many enjoyable nights of fun, food, music – and dare I say drinks!?
For many of our parties we’ve had specific themes which have been wide ranging and mostly fun. A cocktail mixing night we had in Canberra is a particular favourite of mine. The bartender showed us how to mix two different cocktails, then foolishly left everyone to continue on their own accord. One of the more prominent law librarians told me she had never even drunk a cocktail in her life – by midnight she was mixing (and drinking) her own delicious mojitos! The night carried on until the early hours, and as the host I had to stay until the bitter end (any excuse). In the end I couldn’t keep up and I left the hard core party animals at around 4am.
Most of our parties have gone ahead without too many mishaps or casualties, but on this night, two of the guests went missing. When they didn’t answer their phones or doors the following day, everyone started to fear the worst. Thankfully they both turned up on the second day after the party, to everyone’s relief.

The near-miss story aside, we have enjoyed man parties with our friends at ALLA conferences. We had a party on a cruise ship on a beautiful night in Brisbane, and a masquerade party in Sydney. Everyone looked so smart. For the most recent conference in Melbourne, we had an 80s theme to celebrate our 30th anniversary. It was delightful to see so many dressed up in their 80s costumes or joining in by making the most of the legwarmers and wigs that we supplied.

I have hundreds of photos from our parties at conferences, but I think I’d be prevented from entering various countries if they were made publically available. Instead, I have selected some and I will leave to the editor’s discretion to select from them.
If only the guard at the train station could see these photos. 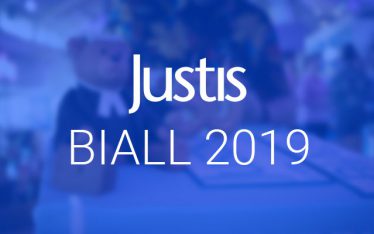 Justis at BIALL 2019
Thank you to everyone who came to see us at BIALL 2019. As it was BIALL’s 50th Annual Conference, we pulled out all of the stops to make sure that...
68 LikesLeave a comment 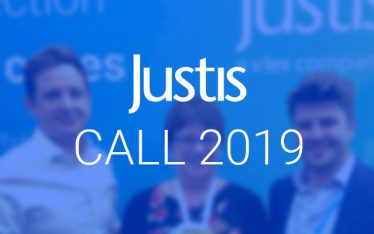 Justis at CALL 2019
Thank you to everyone who came to see us at CALL 2019. From the Justis Party and the informative talks, to talking to so many of you at our stand,...
67 LikesLeave a comment 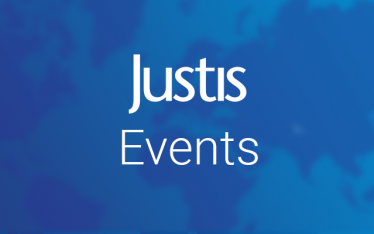 Come and see us
In the coming months, Justis will be attending conferences around the world. At the end of May, we will be attending the Canadian Association of Law Libraries 2019 Conference in...
51 LikesLeave a comment